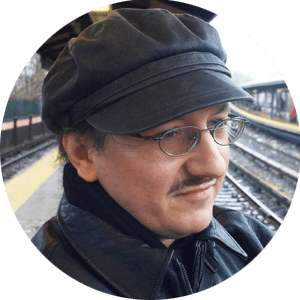 Elrick Erikose started his photography than he was in school in St. Peterburg with old Soviet film camera. Since he started publishing under his pen names articles about cats and community life of NYC and USA in various magazines and newspapers (for example METRO, SOVA, Poleznaya Gazeta, “Cats” Magazine, etc), and on his site www.CityPhotoLab.com. Then he discovered digital photography he was amazed by it’s possibility, and than he discovered Facebook and Instagram, and Twitter and other social media… he found his way in life, and now he discovers YouTube.

Elrick scouts materials for the show, contributes his works, and facilitates the show's social connection via several platforms.