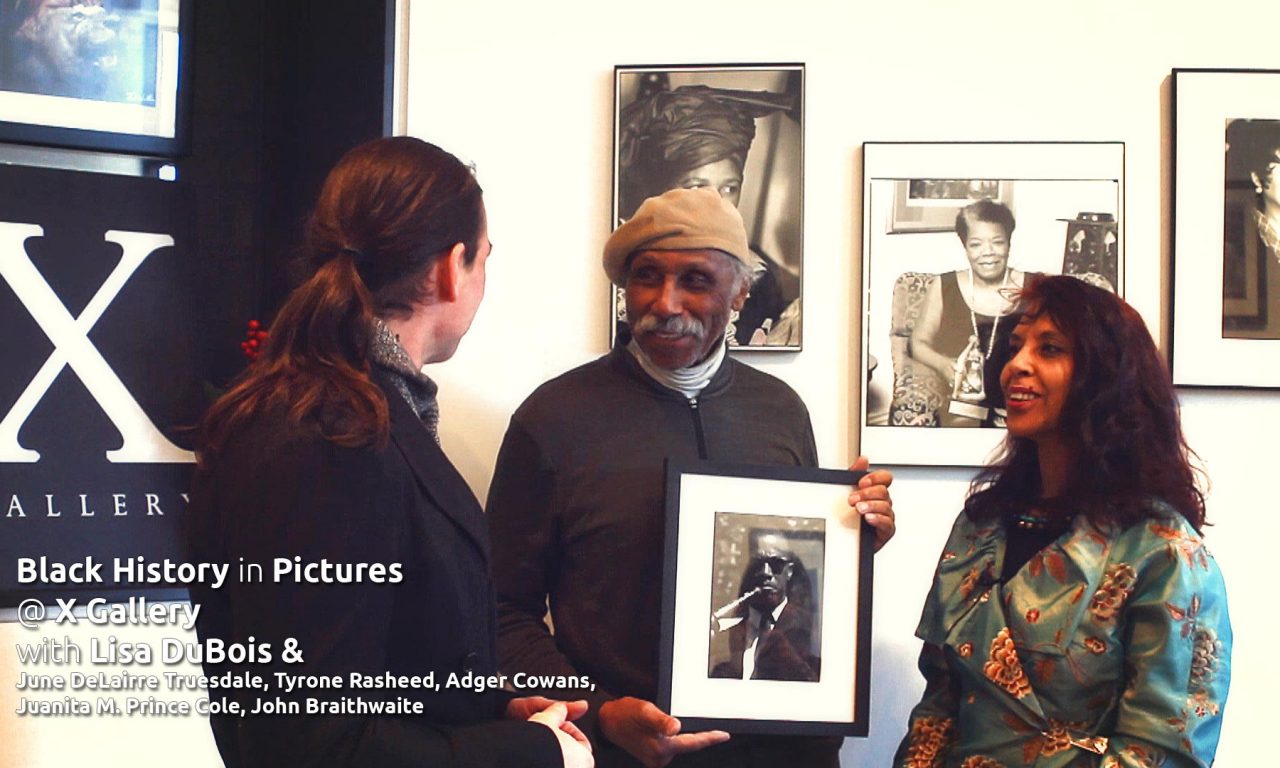 Black History in Pictures at X Gallery
with Lisa DuBois
We continue coverage of Black History Month with virtual tour of exhibition in X Gallery (163 Malcolm X Blvd, 118th St., NY 10026). The show opens on February 9th, 2019. The exposition is devoted to African-Americans and some foreign dignitaries, like Nelson Mandela, who had impact on American and world’s history. The main exposition is works of Fred Watkins, the White
House photographer we interviewed last week, and several great artists, most of whom we had an opportunity to meet in the gallery and ask to share the stories of these images creation and their path as photographers. The artists, featured in the show shared stories from their creative careers, talked about current events, and plans for the future. Side by side with politicians, including three presidents: Obama, Clinton and Bush – we have seen images of the sportsmen, like Mohamed Ali, and artists, like Michael Jackson and Bob Dylan. Show’s curator – Lisa DuBois, who also is one of the show’s artists – walked us through the exposition, and indeed it was also a tour in history of African-Americans in XX an XXI centuries.