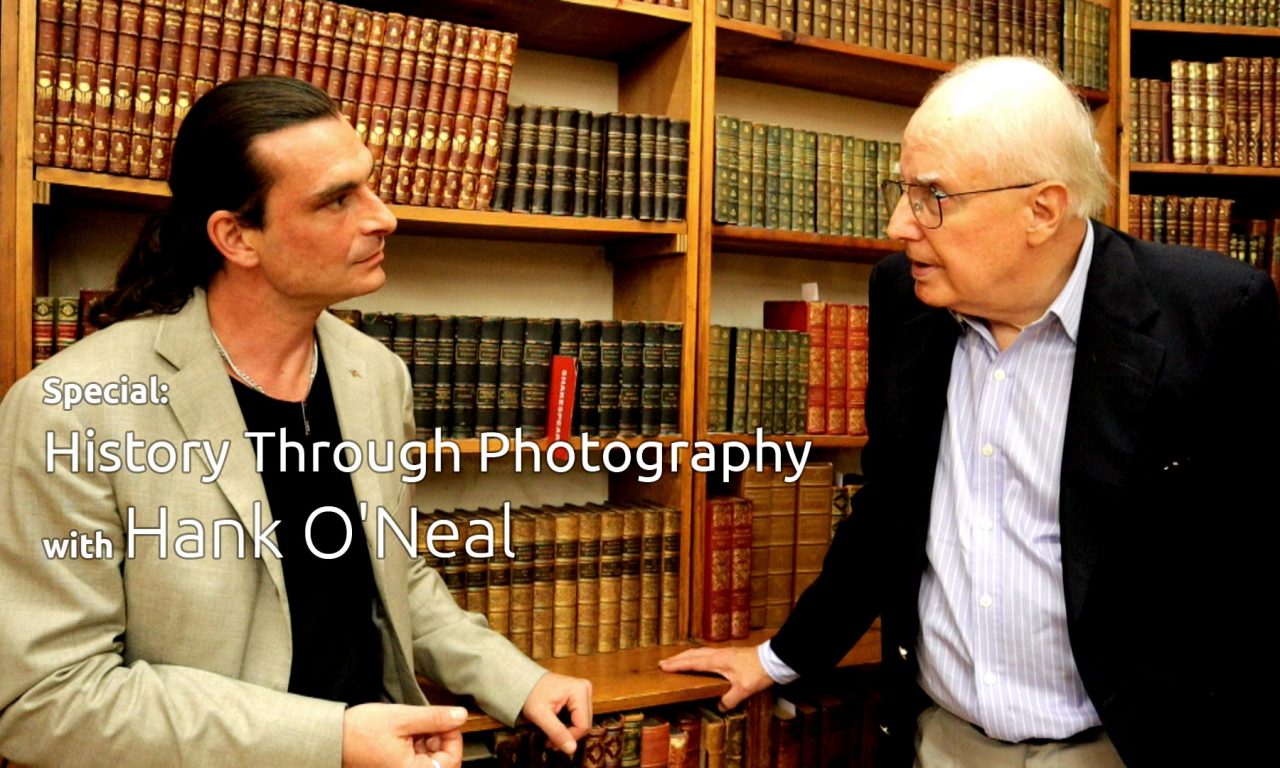 History Through Photography
with Hank O’Neal
at Strand Book Store

This episode features the excerpts from Hank O’Neal presentation at Strand Bookstore in Manhattan of his newly released books: Preserving Lives and A Vision Shared. Hank O’Neal is a photographer known for many great works of his own talks about these two collections of photography he have put together. A Vision Shared: A Classic Portrait of America and Its People 1935–1943 is a collection of images, originally collected by Hank and originally released in 1976. It features works of 11 great artists, who documented the Great Depression period and many of whom were alive and met by Hank during the process of preparing the book. For the project, John Collier, Jack Delano, Walker Evans, Theo Jung, Dorothea Lange, Russell Lee, Carl Mydans, Arthur Rothstein, Ben Shahn, John Vachon and Marion Post Wolcott were invited by photographer Hank O’Neal to choose the best of their own work and provide commentary, resulting in an oversized hardcover full of large, black-and-white images of America during the Great Depression. Hank talks about the process of creating this book and some of the experiences communicating with these photographers. The second book – Preserving Lives : An American Family’s Scrapbook, 1920-1950 is the story of two ordinary people, Harold and Sarah, who lived ordinary lives, each born more than a century ago. Perhaps there are millions of people who have similar stories and fascinating lives. But the lives of Harold and Sarah were preserved not in the memories of others but in the pages of seven scrapbooks, thousands of photographs, letters, postcards, illustrations, and bits of memorabilia from which their lives together may be reconstructed. Harold’s and Sarah’s lives were unusually fascinating because of time and place: the Roaring Twenties, the Great Depression, World War II, and the emerging supremacy of what came to be known as the American Dream.
This episode is recorder in a rare books collection of Strand Book Store. Much of the footage is provided by Strand Book Store to Single Shot Show.